Chronic TMJ Dysfunction (pain, stiffness, and crunching sensation in temporomandibular joint dysfunction) Prolotherapists have a long history treating TMD since the time of Louis W. Schultz, MD, DDS in the 1930’s. Dr. Schultz was unique in that he was both a dentist and a medical doctor. He was an Associate Professor in the Department of Surgery at the University of Illinois and Rush College of Medicine. He published several papers on the treatment of subluxation of the temporomandibular joint, including one in 1937 in the Journal of the American Medical Association. In this paper he described just how common TMJ syndrome was and that the traditional treatments of rest, appliances in the mouth, physical therapy, and surgery were only partially successful. He described a simple method of shortening and strengthening the TMJ capsule by injection (later termed prolotherapy). The most common cause of TMJ pain is myofascial pain dysfunction syndrome and primarily involves the muscles of mastication. While massage, physiotherapy, pain medications, splints, surgeries, and other treatment modalities offer temporary help, they rarely cure the condition. A known cause of persistent muscle spasms and myofascial pain dysfunction is underlying ligament laxity. By stimulating ligament and capsular repair for such cases, prolotherapy would represent a more permanent solution.

Prolotherapy, is the rehabilitation of an incompetent structure, such as a ligament or tendon, by the induced proliferation of cells. Prolotherapy injections proliferate or stimulate the growth of new, normal ligament and tendon tissue. In human studies on prolotherapy, biopsies performed after the completion of treatment showed statistically significant increases in collagen fiber and ligament diameter of up to 60%. In regard to prolotherapy into the TMJ he found that:

A series of three to five injections were required to often permanently stop the clicking, pain, and hypermobility of the TMJ joint.

Each patient received four to six injections of a 15%-25% dextrose, 0.2% lidocaine solution with a total of two to four cc’s of solution used per temporomandibular joint. Typically, one cc of solution was injected into the joint and the remaining solution was injected onto the TMJ ligament and capsular attachments on the zygomatic arch and mandibular condyle and neck. The patients are asked to hold their mouths half open while the injections were given. No other therapies were used. The patients were asked to reduce or stop other pain medications and therapies they were using as much as the pain would allow. 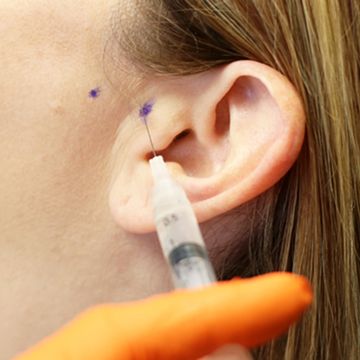 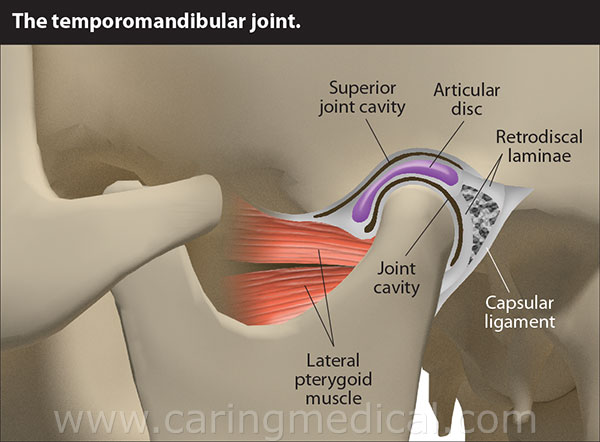 Side Effects And Complications